A lot of site visitors have a real appreciation of how web sites are built and will form their opinion based on more than words and looks. This article illustrates how a knowledgeable and discerning visitor might look beneath the surface and judge your site. He can easily inspect the markup, the stylesheets and script code. The point is illustrated through the eyes of Stuart (a persona used elsewhere on this site).

Technical Quality of a Web Site 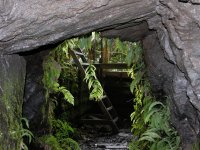 A quick inspection of a web site can be very revealing. (This is illustrated by a visitor, called Stuart, including details of the tools he uses.)

Stuart, like many others, has created web content and appreciates how it is done. This experience colours his opinions. If all else is equal he may take a look inside, particularly if he is making a buy decision. Sites that are sloppy on all fronts help him make his decision.

He has an appreciation for the realities of the web and understands some of it's limitations. (He is fairly up to date on what is happening on the web.) In the past he has seen a lot of vigorous and uninformed debate about the Internet. Much of it sensational and misleading. This has lead him to form his own opinions.

He is not blind to the shortcomings of the web. He knows that browsers and the Internet could be a lot better. For instance some of the changes he would prefer to see are:

This insight means that he is realistic in his opinions. He judges on what he knows is possible and sensible. (That makes him an ideal visitor from the viewpoint of a web designer as he isn't plagued by too many unrealistic expectations.)

He knows about the reality of creating flat pages, program driven pages, linking to databases and the issues of communicating between a web page and a server. One result is he especially approves of a site that avoids unnecessary program driven pages.

He likes web sites that get to the point and are elegant, simple and good looking. Behind the scenes he looks for:

Being practical, he isn't prepared to spend a lot of time checking. Fortunately he finds that he doesn't need to. He uses several tools to give him a look beneath the surface. These are developer toolbars in his two browsers (Internet Explorer and FireFox), a markup validator and a stylesheet tool. (Free versions of these tools are available so any web site owner can see roughly what he sees.) Using these tools is best experienced, rather than described. If you want to find out what they do we suggest you load them up and test:

For the reader who has not experienced this view of web pages, I recommend an immersive experience in two parts: